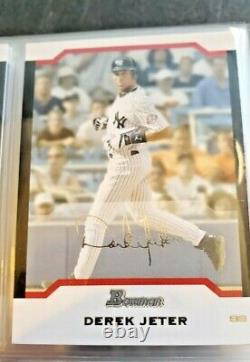 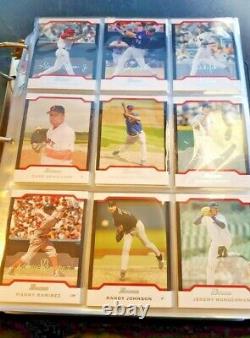 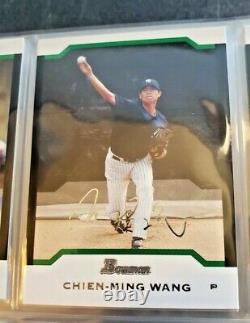 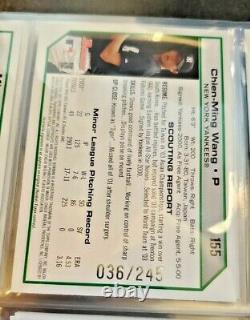 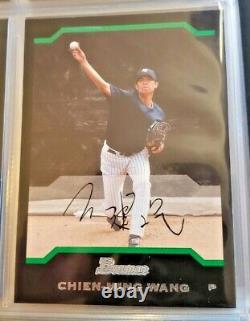 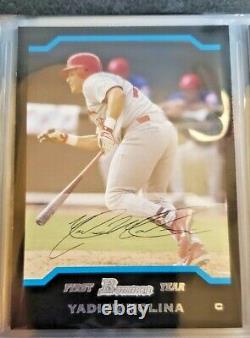 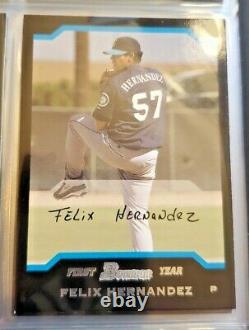 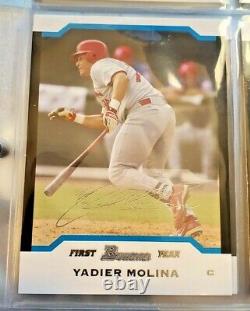 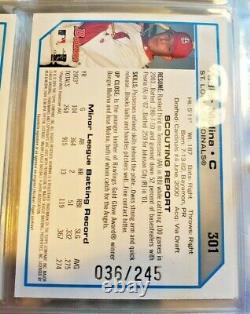 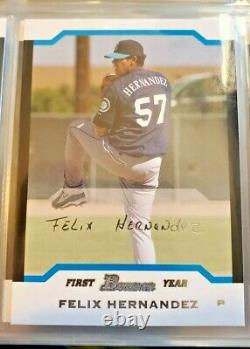 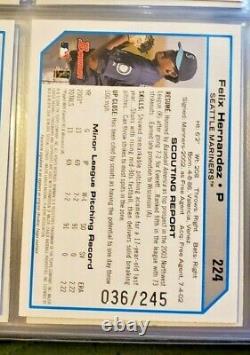 2004 Bowman Uncirculated Complete Set 36/245 Numbered and Beautiful! With 100% transparency, the uncirculated Molina has a ding I found looking through the 70x.

The rest of the card is perfect centering and gloss. The Bonus is that I also include the 2004 regular Bowman set! The cards are gorgeous and they come back to back in the binder ready for you to enjoy or grade with the uncirculated. I popped these out of the case when I got them because they are great to look at and not so much through a sealed protector. So thank you and enjoy!

Born July 13, 1982, nicknamed "Yadi", is a Puerto Rican. (MLB), with whom he has played his entire 18 year MLB career. Widely considered one of the greatest defensive catchers of all time, Molina has won nine Rawlings Gold Gloves. And six Fielding Bible Awards.

Molina ranks second all-time among catchers with 130 Defensive Runs Saved. (DRS), and is first among active catchers with 845 assists. 40.21% of runners caught stealing. As a hitter, Molina has accrued more than 2,000 hits.

And 900 runs batted in. Other distinctions include selection to ten MLB All-Star Games. And one Silver Slugger Award. He is a two-time selection to the All-WBC Tournament Team and was a member of the 2018 MLB Japan All-Star Series.

His father was an amateur second baseman. And the all-time hits leader in Puerto Rican baseball. And his two older brothers, Bengie. Also developed into standout defensive catchers with lengthy MLB careers. The Cardinals' fourth-round selection in the 2000 MLB draft. He quickly showed one of the strongest and most accurate arms in the game after starting play in the major leagues. Having earned a reputation as a team leader throughout his career, Molina formulates fielder positioning plans and complete pitching strategies to opposing hitters. Currently, Molina is the longest-tenured player in Major League Baseball with one team, having been with the Cardinals since the middle of the 2004 season.

Molina has appeared on five NL Most Valuable Player Award. (MVP) ballots, including finishing fourth in 2012 and third in 2013. In the 2013 World Baseball Classic. (WBC) tournaments have been held - 2006.

And Molina has participated in all of them for the Puerto Rican. He was fellow defensive standout Iván Rodríguez' backup in 2006 and 2009 and the primary catcher for the 2013. In his first classic in 2006, Molina played four games and collected three hits in five at-bats. In a 2009 tournament game against the Netherlands. Speaking the next day, Molina stated that the previous night's double had been a bigger thrill than his two-run homer to beat the Mets in Game 7 of the 2006 NLCS.

Shortly after learning he would be the 2013 manager, Rodríguez contacted Molina for input on constructing the roster. Molina was voted on the All-World Baseball Classic team. In a 2013 semifinal game against Japan. Molina alertly took advantage of a baserunning. Mistake to record an unusual putout.

Batting for Japan in the top of the eighth inning, and Hirokazu Ibata. On second and Seiichi Uchikawa. Abe took a pitch from Romero inside for a ball as the runners went in motion. However, Ibata retreated to second as Uchikawa charged toward him.

Instead of throwing and risking an error, Molina held on to the ball. He then chased Uchikawa, cornered him by positioning himself between first and second and tagged out Uchikawa - an unassisted caught stealing. 8-0 in earning their second consecutive silver medal, and only loss of the tournament. Molina made a strong case to be named Most Valuable Player (MVP) of the entire tournament, batting.

333 with two home runs and a. 583 slugging percentage in six games. After collecting three hits and a home run in eight at bats over two games in Pool F competition, he was named that group's MVP. In the semifinal game against the Netherlands. He picked two runners off base in one inning.

He was named the catcher of 2017 All-World Baseball Classic team. Also, the coaching staff often allowed him to conduct the preparation meetings, took his advice on construction of the starting rotation, and when to remove tiring pitchers.