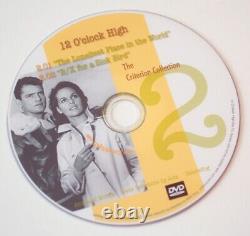 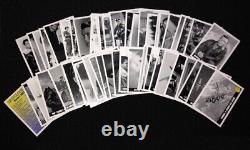 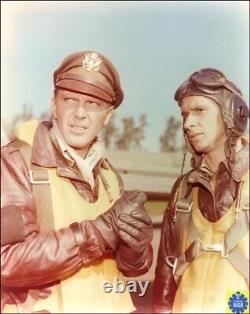 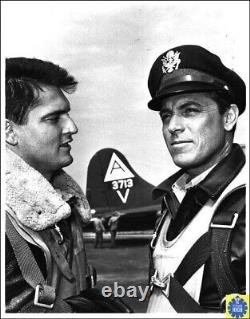 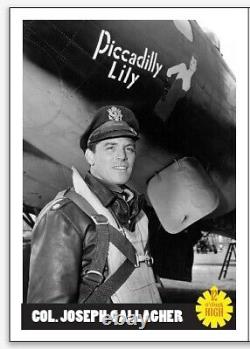 12 O'CLOCK HIGH TV Complete Series-DELUXE Ed. 41 Picture DVDs with 66 Card Set. Due to costs; price will increase Jan 1, 2022. We have the answer for gift giving; 78 Hours of great high moral TV! Great gift for the special man in your life...

The series entered public domain 1/1/1979 The best set out there, I know this was the 3rd set bought, wish it was first! TV Guide called it "The thinking man's war series". The stories were not action based but more story and character driven.

Each DVD with unique illustrated design cover art. Each episode broken down by Acts in moving menus; (Teaser, Act I, Act II, Act III, Act IV, Epilog). All in original broadcast order. "DeBriefing" screen, where each episode is examined behind the scenes with promo text, stories, trivia, guest star trivia and unreleased photos... Bonus Disk of Promo Photos, most never seen before... The show asked How much can one man take? This show takes place in mid 1942 through 1944 during World War II. It follows the 918th Heavy Bombardment Group, part of the 8th Bomber Command of the US Eighth Air Force. Army Air Force Brigadier General Frank Savage is asked to take over the 918th by General Pritchard. Savage is a tough as nails commander and builds the Group into the "best bomb group" in Eighth Air Force.

At the start of the 2nd season, Savage is killed and Col. Joseph Gallagher takes over for the next two seasons. The 918th Group is first led by Savage then Gallagher. Major Harvey Stovall is the Adjutant, later the Ground Exec.

Major Joe Cobb is a Squadron Commander and later Air Exec in the first season. It goes without saying that the first season's acting by Lansing is just plain incredible! Some of the biggest 1960s TV and movie stars, guest-starred on this show. William Shatner and Burt Reynolds even guest starred!

Every episode was a work of art and well crafted stories about the human condition under the stress of war! From the Hitchcock-like "The Threat" to the wonderful mystery of "The Suspected", this show delivered high quality stories, again and again! Although Lansing was fantastic, I always liked Paul Burke. He was a fine actor and played Col.

Jack Lord played Gallagher's older brother Preston. His intense performance of a soldier pushed to the brink is haunting, as is the scene walking through his personal graveyard... Dominic Frontiere's music score is worth it ALONE! The movie was a masterpiece and so was the TV series, in it's own way.

In today's TV world every show has it's girl "eye-candy" or "hot bod" partner. TOH pulled off incredible story-telling with no regular female cast! You just feel the weight of the war on Robert Lansing's shoulders in the first season. Unfortunately the series hit too close to home in the 60's due to the Vietnam War climate and was cancelled after season 3. Here every episode on 40 DVDs- all 3 seasons (78 episodes); excellent (9.5) quality...

Includes an EXTRAS Disc of the show's RARE Promo Pictures and lots of other misc images pertaining to 12 O'Clock High and the B-17s, including a Magazine's spoof "12 O'Crocked High"! This listing is for the CRITERION EDITION. See our other listings in our store for the REGULAR edition. All sales are final on DVDs.

This item can be shipped worldwide.